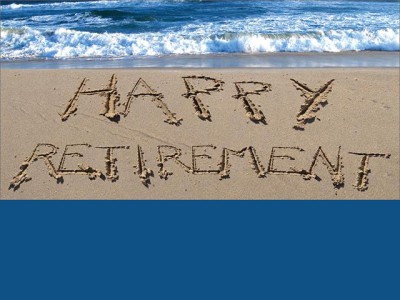 It may be heresy to say this, but retirement is an out of date concept, born of an earlier age.

For many people the onset of internet based technology and more recently discussions about AI are making them scared and more inclined to want to keep the world of work in a similar pattern to the past. This includes a view that the retirement age shouldn’t go up but in fact should go down, so that people have more time “post work”. But perhaps the reverse is true? Perhaps we need to refashion what work means and the idea that it starts and stops in the way it might once have in the 20th Century? Now is the time to recognise that work is changing and we should proactively use this as an opportunity to re-imagine work.

Work is good for us. It gives us purpose and can be stimulating in a range of different ways. Purpose is so critical to living healthier and happier lives.

Technology overthrows past behaviours, activities and perceptions, but it also enables new ways of interacting with others and with the wider world that our predecessors could never have imagined. It makes it easier for people to monetise some of their skills and capabilities in other ways, including online. We can make technology work for the wider society.

If we re-imagine retirement then what are some guiding principles?

We should use the COVID crisis to re-imagine our Society for the better and not feel the need to re-entrench past views and a mythical view of better times.

A lot of work will need to be done to create the right environment for this to happen, but we should start sooner rather than later, if we want to ensure that the UK continues to be productive and mould breaking.

Where’s the vision? The EU Referendum has had none.

It’s a pity that Shakespeare isn’t here today to rebuke both sides of the EU Referendum debate.

Firstly neither the Remain campaign nor the Leave campaign have actually painted a picture of:

Secondly this hasn’t been a debate. This has been a lecture by so called experts, telling us what we should believe and how we should behave.

They are not listening to our genuine concerns or aspirations.

So many claims from both sides are patently untrue – we won’t lose 3m jobs if we leave but nor will we gain £350m per week if we leave. As many sensible experts say “no one actually knows”.

If we wanted a debate the experts and celebrities should have listened more and responded better.

Thirdly this referendum isn’t just about the economy and migration. It’s about the type of society we want. It should be about how the EU could work better, about what really works and what doesn’t, and about how we change it for the better.

It should be a proper discussion about how its customers (us), want it to be run and how to improve what it does.

This is the debate we should have had – a real vision of a better future.

So given the “debate” has told you nothing of any value, you better make your own mind up based on your vision of the right future.