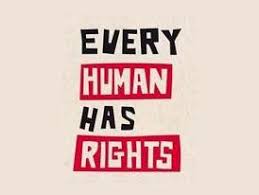 There used to be a time when people were absolutely clear about what their human rights should be. It was about freedom of speech, a right to a fair trial, the right to vote, freedom from discrimination, freedom of religion, freedom of thought and freedom from enslavement. These are critical political rights that most right minded people believe in. It’s strange then, when so many people across the world are still fighting for these basic freedoms, that some developed countries are debating whether “paid leave for a bereaved parent” should be a human right.

We must differentiate between human rights that are fundamental to a fair existence and those that are really at the gift of a democratic society. People have fought and died for centuries for basic human rights. It dishonors their memories to claim that some freedoms or benefits enabled by the state should be classified in the same way. So whilst I feel tremendous sympathy for a parent who has lost a child or indeed a child who has lost a parent, i am not convinced that the state or an employer should be picking up the bill to give them paid leave. Either way this is a decision for the government of the day and not one for Parliament or the Judiciary to contemplate in the context of human rights.

Obviously the field of human rights grows ever more complicated and indeed larger, as people clamour for more rights. Sometimes this is reflective of the age, for example when the US set up their constitution and enabled people to bear arms. Equally we are now entering a time when sexual orientation, gender identity and the right to your own home are being talked about as Human rights.

It is interesting to see that people are increasingly relaxed about how others behave. This is a good thing. It is reflective of a more tolerant world. Long may this be the case, whether in terms of sexual orientation or anything else. However, we should be wary of passing endless new matters into legislation as Human Rights until we have genuinely built a Society that globally protects the basics. Until then we should treat many new issues and concepts as benefits but not as rights.

Certainly there must be more public debate on these issues. It is important to bring everybody together on these matters.