In a recent study published in the Journal of Scientific Reports, it was demonstrated that for people living alone, having a dog can decrease your risk of death by 33 percent and reduce your risk of cardiovascular-related death by 36% -this is in contrast to people who live alone and don’t have a pet.

As a Medcity author commented, it is hard to find any drug or surgery that does the same without side effects and at a comparable cost.

Oh the magic of a pet! 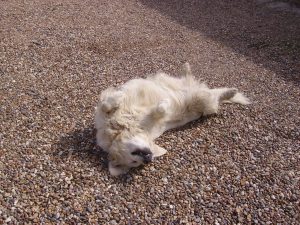 The reality is that there is too little discussion about the unwritten pact between citizens and the state that the people need to take some responsibility for looking after themselves. Surely we should expect a minimum level of exercise from everyone who wants to use the NHS? Surely we should expect that people take some responsibility for their nutrition? In a world where, quite rightly, we all want the latest and most effective health technology, medicines, treatments and equipment, we must ask people to deliver their side of the bargain. It is time for this “pact” to be a mainstream part of the healthcare debate. It is time for the state to ask people to maintain a certain level of fitness, nutrition and self-preservation. This is not a discriminatory action. This is an example of normal everyday life, where people expect to make choices between different things that they do and don’t want.

Most research on why startups fail highlights a variety of reasons other than people ones.

CB insights did some research on start-up post mortems which was summarised in this Fortune article. It suggested that the 2 biggest issues were “insufficient market need” and “cash problems”. The team came 3rd.

A different study by Quartz media found that “people” was only just in the top 10 reasons why startups fail!! Here is their list:

I could share with you numerous other articles where the team / leadership and people issues were consistently not at the top of the list. And yet the No 1 determinant of success in start-ups is people. It’s what VC’s say and experienced entrepreneurs know, but it is consistently underestimated by everyone including VC’s. People and people problems kill more businesses than poor products or business models.

If you don’t care about the people, your startup won’t last