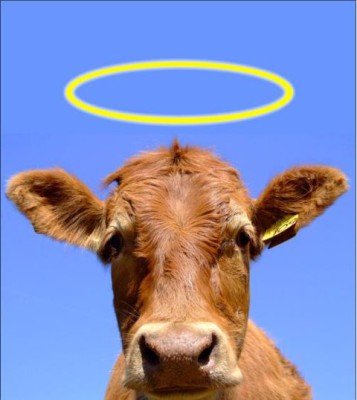 At a time when the NHS is creaking under the strain of ever increasing costs there are a number of sacred cows that frequently get commented upon, but never get resolved and must eventually be key to a better solution. These scared cows graze happily in the grassy uplands of healthcare largesse, content in the knowledge that it is incredibly difficult to deal with them once and for all. Here are eight of these sacred cows:

1.      The ever increasing number of NHS managers and administrative staff at the expense of frontline staff. In spite of years of cross party rhetoric about the need for more frontline staff and less admin staff, the reality doesn’t seem to get a lot better. In fact the number of NHS manager numbers has risen by a quarter in 5 years. More than 6000 managers have been hired since April 2013 taking the number from 26,051 to 32,133 in October 2017. Pay offs for managers have cost £2billion with at least £92million going to staff who were quickly rehired. Now of course this is consistent with other areas of government like the Ministry of Defence where frontline personnel numbers go down while the numbers of civil servants go up

2.      The rising cost of negligence compensation and the role of lawyers in this cost. The total potential NHS negligence liability has risen from £29billion in 2014-15 to £65billion in 2017-18. Legal costs account for 37% of payouts for negligence, but somehow the lawyers are not being chastised.

4.      The cost of agency staff.  The NHS spent £2.9 billion on agency staff in 2016/17 – down from £3.6 billion in 2015/16, but still £700 million more than in 2009/10. Source NHS improvement 2017. Even when employer costs are added, permanent staff working at plain-time rates are a much more cost-effective solution for employers source Royal College of Nursing 2015. Changes to the tax treatment of locum doctors were introduced in April 2017 with the intention of controlling costs further, but it appears that salaries have risen by an average of 6.3 per cent since these staff were moved from payment through personal service companies to PAYE source The Times 23/10/17

5.      The inequality in female pay in the NHS. Full time female consultants earned £14000 less than their male equivalents source BBC 2018

6.      The misuse of public sector time and resources by private consultants. Too many private consultants do use their public sector resources for personal gain. The British Medical Association said: “There should be no conflict of interest between NHS and private work, and this principle is contained in consultants’ employment contracts. Consultants who want to do private work must first offer to do extra work for the NHS, ensuring NHS work is the priority.” But the reality is that it is often hard for these 2 sides not to get blurred. As some have argued, time spent in the private sector deprives the NHS of consultants’ hours, and creates “a perverse incentive” to increase NHS waiting times to further private business. Either way this is a tough nut to crack and no Health Secretary seems to want to tackle it.

7.      Waste. A 2014 year-long study by the Academy of Medical Royal Colleges, the professional body that represents the country’s 250,000 doctors, found that the health service wastes up to £2.3bn a year on a range of procedures and processes that could be done better, more cheaply or not at all. In August 2017 Professor Tim Briggs, national director of clinical quality and efficiency, said the NHS wasted too much money on poor care and “doesn’t deserve more money until it puts its house in order”. The review of NHS efficiency by Lord Carter of Coles estimated that reducing unwarranted variation in how the NHS procures supplies and delivers care could save £5 billion of the £55.6 billion spent by hospitals each year. There is a genuine recognition of the problem, but will anyone actually solve it?

8.      Restructuring mania. Every government thinks that a “good restructuring” will sort out the NHS, but over the years the cold hard analysis would suggest that this is rarely the case. Certainly the Kings Fund concluded that “Politicians of all parties should be wary of ever again embarking on top-down restructuring of the NHS,” after the reforms of 2013.

If we are going to continue to improve the NHS and ensure that it is fit for purpose, then these issues need a resolution. The sacred cows can’t just be pushed into the long grass.